Anything is PAWSIBLE in New York City, including the opening of a brand new dazzling museum devoted entirely to DOGS! The American Kennel Club's Museum of the Dog has relocated to a prime spot at 101 Park Ave in New York City and Yellow Goat Design has a prominently placed "doggie in the window" for all of NYC to see! Working with Gensler NYC on the design, Yellow Goat and Gensler went through several iterations (including mesh and metal rods) before settling on the iconic wireframe pup you see placed strategically at the forefront of the museum. The dog’s position gazing out of the window represents both the nature of dogs and stands as a beacon welcoming visitors to the museum. The powder coated frame can be lit with LED's to change the color and the mood (just like the empire state building!) 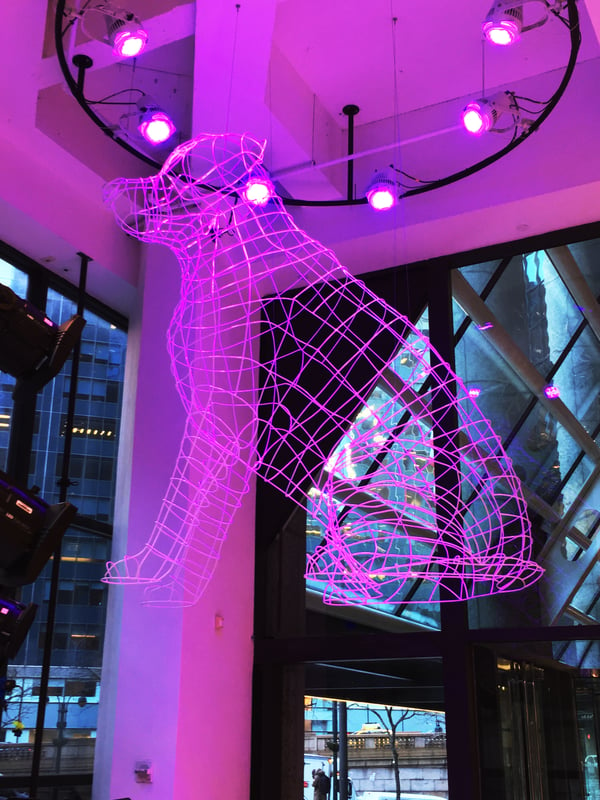 We took an in-depth look with Amanda Zaitchik of Gensler NYC, the Museum Director Alan Fausel, and Yellow Goat's Production Guru, Mike Collins. Check it out in the video above and then get your paws pounding the pavement and sniff it out in person! You'll PUPPY love it!

Be sure to also check out the Museum of Dog on THE TODAY SHOW!

Want to learn more about YGD? Check out our Behind the Scenes video